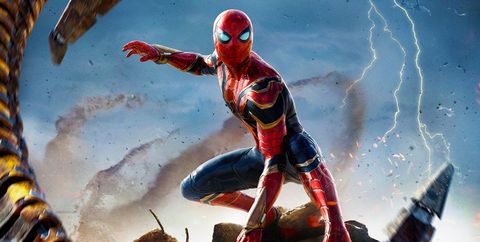 It finally happened, we got another Spider-Man: No Way Home trailer and people are losing their minds again. The first trailer came out some time ago and people proceeded to go absolutely crazy. It revealed what some fans had been expecting for a long time, and this newer trailer is like that one... just on crack. This trailer was actually about three minutes long and had a ton to process. We got some confirmation on more returning characters, had a plot twist introduced, and just generally got hyped up for this upcoming Spider-Man film. We still don't know if Tobey Maguire and Andrew Garfield are back, but it's hard to be disappointed about any of that when we got so many other things! Make sure once you're done checking the trailer out, you head on over to the Multiversal News social media and let me know what you guys thought of it.

Are you done watching it? Tell me that wasn't insane, because I couldn't contain my excitement after seeing it the first time. We got the confirmation of other returning villains, including Sandman and Lizard. Rumors have been circulating over the last few weeks about both of these characters returning. The new trailer confirmed it once and for all. It also looks like not everything is as it seems when it comes to Doctor Octopus (Alfred Molina). Maybe he won't be the villain we thought he was, he might even be joining team Spidey.

Those are just a couple of the things we learned from the trailer, but there was so much more to be excited about. It really looks like the Multiverse is coming apart, and there are still so many questions. Will the other Spider-Men truly be in the film? Is Venom going to make an appearance, since Tom Hardy was spotted wearing a No Way Home hat? Where will this film leave Spider-Man and what kind of effect will it have on the rest of the MCU?

Whatever the end result is, we know that this is going to be ambitious. The director of the film, Jon Watts, previously told Empire Magazine as much.

"We're definitely trying to be ambitious. Spider-Man: Endgame." Spider-Man may not be assembling alongside Earth's mightiest heroes to save half the universe as he did in Avengers: Endgame, but the threequel will do what no live-action Spider-Man movie has done before."

We'll have all our answers on December 17th when Spider-Man: No Way Home swings its way into theatres!

Hawkeye: Did Kate Bishop Survive the Blip?
Alexander Ouellet
Alexander is passionate about everything related to gaming, comics, television, and film. You can usually find him watching some kind of DC show.