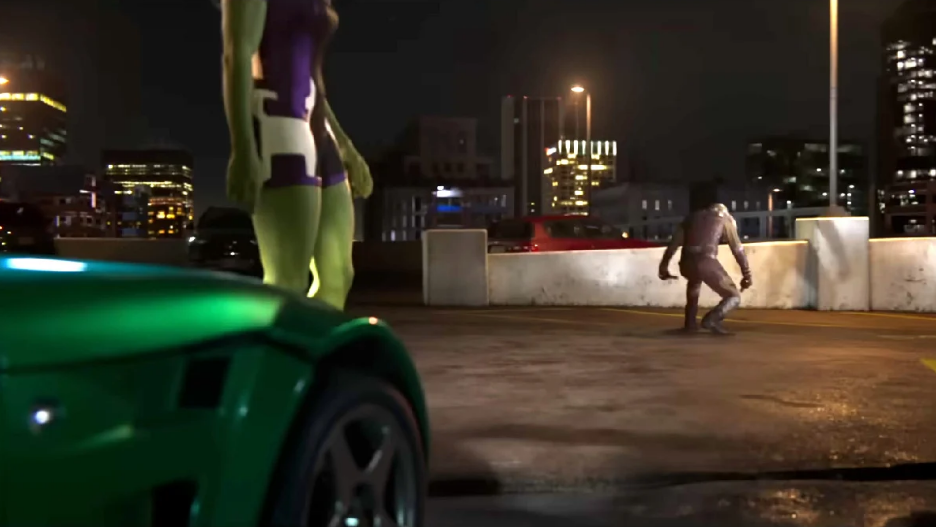 She-Hulk: Attorney At Law: Director was "Shocked" They Could Use Charlie Cox's Daredevil
August 11, 2022
by
Alexander Ouellet

Gao recently sat down with The Direct's Pamela Gores for an interview where she discussed learning about Charlie Cox's return. She thought the whole thing might actually be a joke, and I don't blame her!

"Well, first of all, we were shocked that we were able to use him. Like, when we first heard that he was on the table, I mean, we couldn’t believe it," she told the outlet "We kept thinking like, ’Okay, at some point, someone’s gonna say ‘Just kidding.‘’ Like, ‘It’s a cruel joke, and you actually can’t have him.’ And it just kept going and kept going."

It was a shock to fans too when they found out! Though, certainly, it was a pleasant one. Fans have been clamoring for the return of Daredevil since his Netflix series was cancelled. His series was probably the most beloved of the Netflix Marvel shows, and with good reason. The Daredevil Netflix series is now considered Iconic. And just as Hugh Jackman is considered Wolverine, or Sir Patrick Stewart is Charles Xavier... Charlie Cox is now the quintessential Matt Murdock.

Very little is known about his upcoming appearance in She-Hulk: Attorney At Law, but with the show debuting soon we don't have to wait much longer to find out!

Tatiana Maslany has also spoken about the series recently, and how excited she is to join the MCU - though she was hesitant at first. In a recent interview with SFX Magazine she said:

"I've always sort of been nervous to step into a world like this because I prize character over everything, and I just didn't know how much that would exist in bigger projects. But when I read the pilot, this was such an unexpected take on a superhero story. It's so human. There's really great explorations of the mundanity of life, in really great ways. And also, it's speaking to something that I'm really interested in, which is when you suddenly start getting seen as something; then you're seen as one thing, and you become commodified as that thing. What this show does, but in a funny and unexpected way, is deal with this idea."