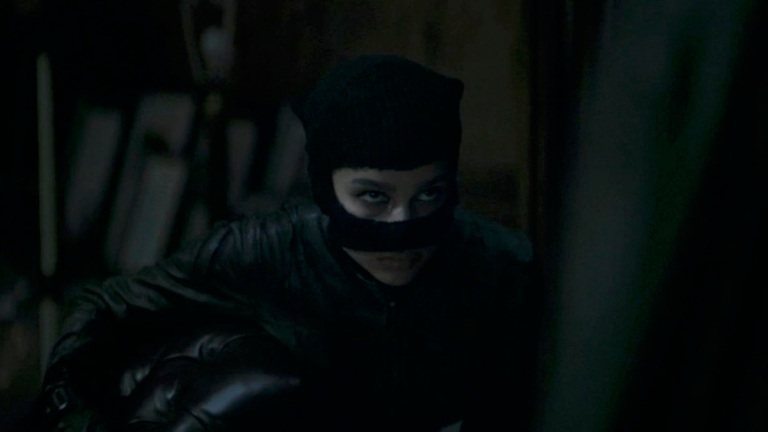 Zoë Kravitz has Seen Every Batman Movie and Fans Can't Wait To See Her in The Batman
October 1, 2021
by
Alexander Ouellet

The Batman is coming out next year and a lot of eyes are on Zoë Kravitz since she's the new Catwoman! The last time we saw Catwoman in live-action was all the way back in The Dark Knight Rises and she was portrayed by Anne Hathaway. She wasn't exactly comic accurate, but that doesn't mean she wasn't awesome. Everyone is waiting to see more of Zoë Kravitz as Catwoman. We might even finally see more of her at the DC FanDome 2021, since a new The Batman trailer will be debuting there on October 16. Zoë Kravitz did an interview recently with AnotherMag, where she talked a little about her role as Catwoman. She also revealed that she's seen every Batman movie. She even checked out a few comics, which isn't unusual when actors nab Comic Book roles. She also talked about how she's approaching the role.

Here's what Kravitz had to say when asked if she had, in fact, seen any of the Batman films.

"I’ve seen all the movies, yeah. I’ve read some of the comics now, but I wasn’t a comic head or anything. I also tried to think about it not as Catwoman, but as a woman, how does this make me feel? How are we approaching this and how are we making sure we’re not fetishising or creating a stereotype? I knew it needed to be a real person." is what she told AnotherMag

As I mentioned above, DC FanDome is not very far away now. We know The Batman will be appearing there with a new trailer, but we might be getting even more. Robert Pattinson has mentioned some surprises awaiting DC fans at the event.

"Me and Zoë [Kravitz] did some stuff. It's a fun little thing. There are lots of little surprises for it." Pattinson told Variety at the time. Then when asked if he'd seen the film at all, he said "I've seen some of the movie now and it's kind of really cool. It's really cool."

Want to come chat with me about The Batman? You can do so on our Facebook and Twitter pages, which I'll link down below. I'll even link my personal Twitter if you want to interact with me more while we figure out comments and stuff. We're still learning!