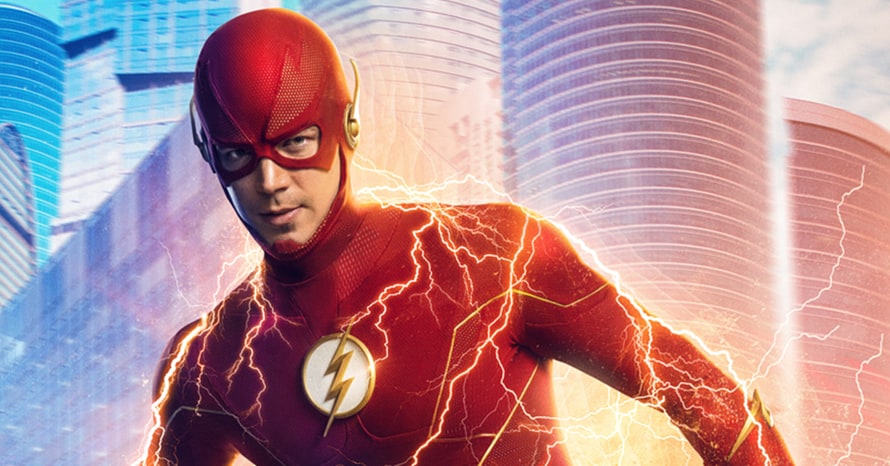 The Flash Season 8 Gets New Trailer
April 25, 2022
by
Alexander Ouellet

The Flash's eighth season is quickly approaching its end, and The CW is getting us ready for it. They've released a new trailer for The Flash season 8. Most of it is footage we've already seen, mostly from the last few episodes. There is some new stuff there though, and it looks like Barry is going to have to do what he does best and run as fast as he can. There's a lot to deal with as The Flash season 8 continues, specifically the rise of Deathstrom, whom team Flash thought was their friend Ronnie Raymond (Robbie Amell). It's looking more likely like Deathstrom will be the final big threat of the season but... maybe not! The Flash showrunner, Eric Wallace, has confirmed in a previous interview that The Flash has yet to reveal what Deathstroms' intentions are.

Before we look at what exactly he said when he spoke to TV Insider, let's check out that trailer first.

"So, at the end of Episode 11, 'Resurrection,' Deathstorm showed up and revealed himself. But what was not revealed is the true reason he's back. That will be revealed. Everything about why he is back, his plan, what he wants and how it'll affect Team Flash forever will be revealed in 'Death Rises.' Deathstorm might even achieve victories we never saw coming. It's going to be devastating. Why he's back is not what people think it is. Sometimes—and this is a very very big hint—sometimes the bigger the villain, the simpler the motivation. It's not always some crazy, convoluted Machiavellian plan. The working title for this graphic novel, which is not a spoiler, was 'The Blackfire Hauntings.' When I first pitched my crazy ideas, my staff looked at me like, 'What? Are you out of your mind? That sounds like a horror movie,' And I went, 'Yes, it is a horror movie. We're going to do The Flash's version of a horror film over several episodes.' And once they got past that, then the excitement set in."

We can expect to start getting some answers when The Flash returns on April 27th with the episode titled "Death Rises". Here's the synopsis for that episode.

"ALL HANDS ON DECK – With a new Meta terrorizing the city, Joe (Jesse L. Martin) lends a hand to the local authorities, meanwhile Barry (Grant Gustin) gets an assist from Cecille (Danielle Nicolet) who helps to track the mass murderer. Phil Chipera directed the episode with the story by Alex Boyd and teleplay by Arielle McAlpin & Dan Fisk."