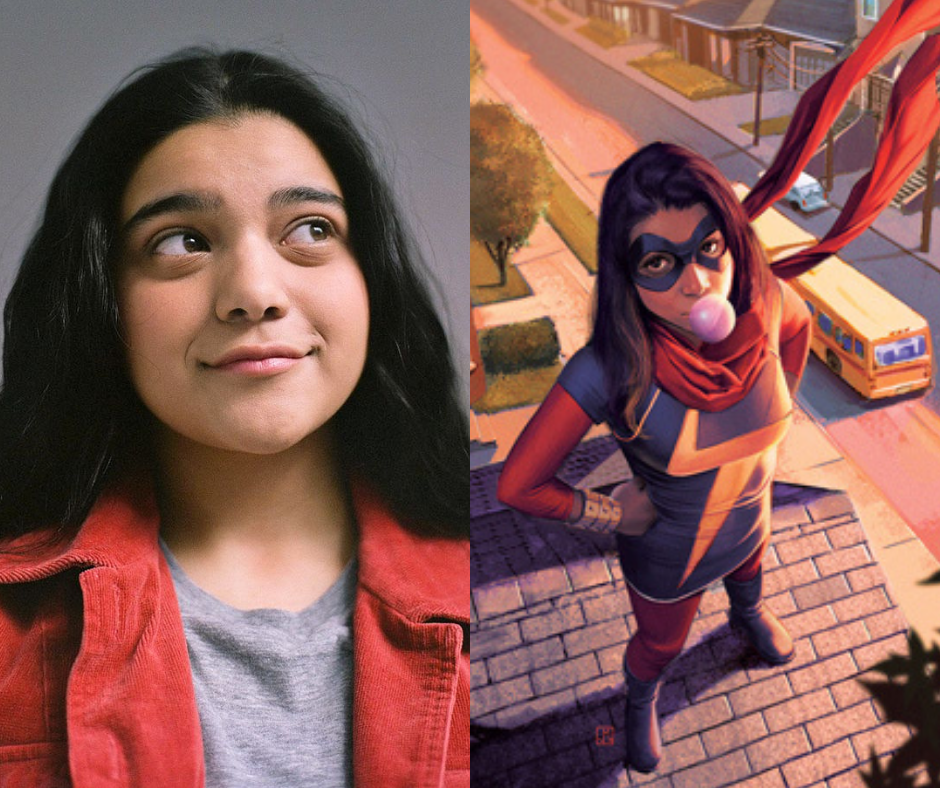 The Ms. Marvel release date may have been revealed by accident! Ms. Marvel is one of those Disney+ shows I'm really looking forward to. It might have something to do with the fact that Kamala made her first appearance around the time I started reading comics. Or maybe it's the fact I got to meet G. Willow Wilson and hearing her talk about the character was inspiring. Regardless of what it is I love Kamala Khan and can't wait for Ms. Marvel on Disney+. And now fans might have a better idea of when the show is dropping on Disney's streaming service. An actor may have revealed it on Twitter! If it's true we can expect the show in approximately 8-9 months. It's a ways away, but it doesn't feel that far when you think about the amount of content we'll have to tide us over. Several new MCU movies and stuff like Hawkeye, which will be joining Disney+ sooner rather than later.

So what exactly is going on? How did all this happen? Well, one of the actors from the show seems to have Tweeted the release date. I don't know if it was accidentally, or if he just doesn't care, or if it's a joke, though. Heck, Disney might have even approved it. I guess we'll know if the Tweet mysteriously disappears but as of publishing, the Tweet is still there. Could that mean that it's complete BS? I don't know, but I hope not. I need some Ms. Marvel in my life! For the record, the actor in question was Mohan Kapur, who will be portraying Kamala's dad.

And just, further, for the record here's the Tweet in question, the one that's got everyone in a tizzy.

Iman Vellani spoke to Variety recently, actually. She discussed the pressure she's facing, playing this role. After all, she's portraying Marvel's first Muslim superhero. At least, I think she is. I'm sure someone will correct me if I'm wrong, but I don't remember there being a Muslim hero in the Marvel Universe prior to Kamala showing up. Here's what she had to say about playing Kamala Khan.

”The fact that the show is being made and they’re including this character in the MCU is [what’s important]. I don’t really have to go out of my way and talk about being a Muslim and being Pakistani — it all comes out in the show. People seeing a person like me involved in a project as big as this is, I think, inspiring enough.”

So, are you hoping that Ms. Marvel comes out this summer? Head on to the Multiversal News Twitter and Facebook pages to let me know all about it! Alternatively, check out my personal Twitter @LittleHandAlex. I'd love to hear from you!