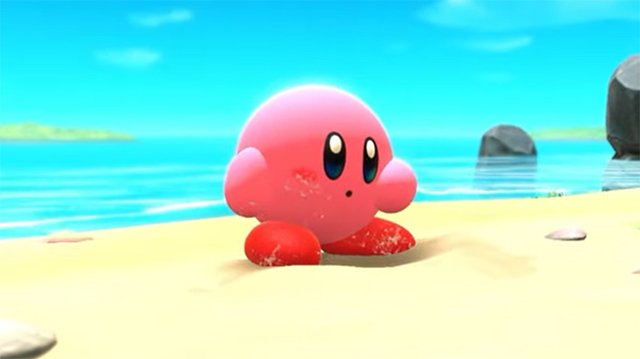 Nintendo held a direct on Thursday where, as per usual, they announced a ton of really awesome stuff! And whatever wasn't new announcements were some updates on some really highly anticipated games. Games like Bayonetta 3! One of the more surprising games to come out of the latest Direct, though, is a brand new Kirby game! And Kirby's going 3D, baby! Kirby and the Forgotten Land is a brand new Kirby adventure for the Nintendo Switch. The game will swallow its way onto your Nintendo Switch sometime in Spring 2022.

Before we talk about it anymore, let me just drop the trailer. Y'know, in case you haven't seen it yet! The game is gorgeous and I should also mention this is Kirby's first big 3D game like this.

I don't know if anyone was expecting a Kirby game to be announced today. I don't even know that much about Kirby. I have to admit Kirby is just one property I've generally skipped. It's not like I have anything against him, or think his games look unfun! It's just that the usual games I play are usually JRPG's. I say usually because, really, I branch out into almost anything. With all that being said, I think this Kirby game looks really cool. Okay, maybe cool isn't the right word. It looks adorable as heck, and I'm genuinely considering giving it a shot when it drops next Spring.

An official description for the game, directly from Nintendo's website, reads:

Take control of the powerful pink puffball, Kirby, and move around freely in 3D stages as you discover a mysterious world with abandoned structures from a past civilization—like a shopping mall?! Copy enemies’ abilities like Sword and Ice and use them to attack and explore your surroundings! What journey awaits Kirby? Take a deep breath and get ready for an unforgettable adventure!

Are you looking forward to Kirby and the Forgotten Land? I am, surprisingly. It wasn't my favorite announcement from today's Nintendo Direct, but I still think it looks really cool!

As mentioned above Kirby and the Forgotten Land will be available on the Nintendo Switch in Spring 2022.