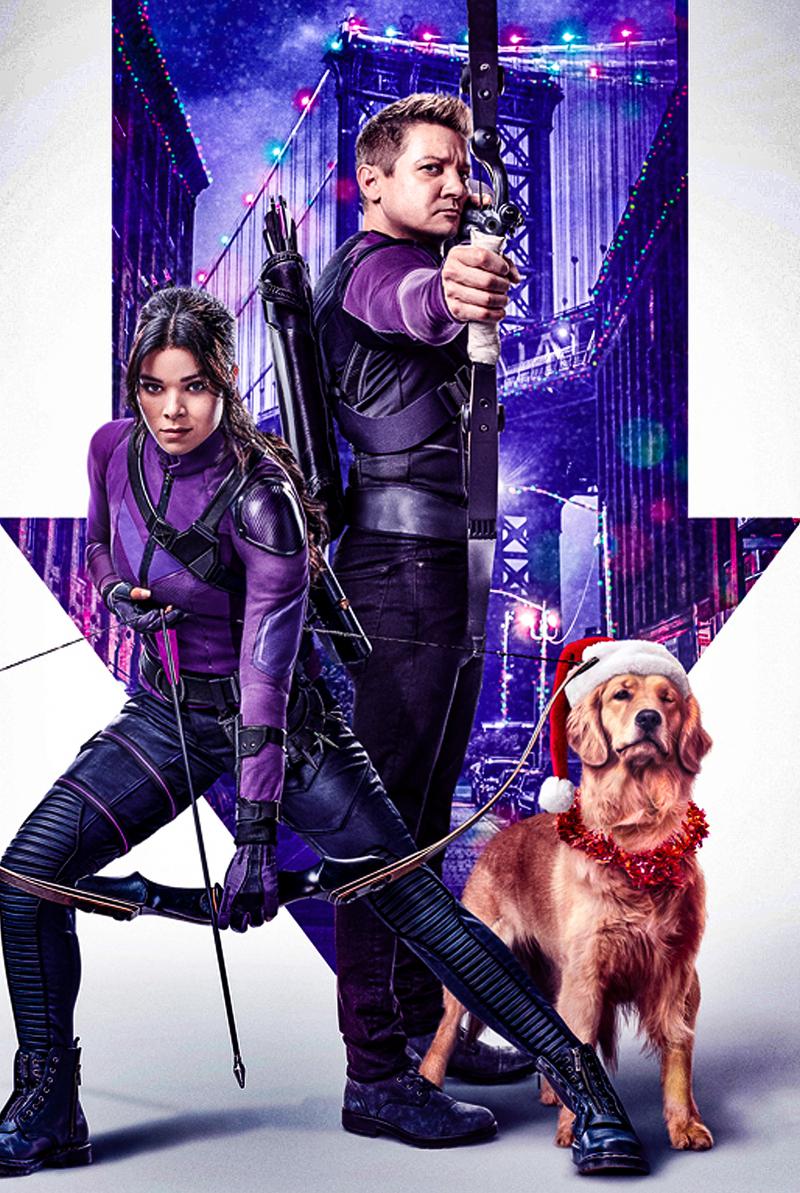 Hawkeye: The Show Sets Itself Apart by Asking if Hawkeye Will Make it Home for Christmas
November 21, 2021
by
Alexander Ouellet

Hawkeye is premiering very, very soon and MCU fans couldn't be more excited! So far most, if not all, the Disney+ MCU series have been huge hits. We have no reason to think that Hawkeye will not continue this trend. The MCU series have all been very personal so far, and Hawkeye will be no different. In fact, most of the story revolves around whether or not Hawkeye (Jeremy Renner) will make it home for Christmas. Let's not forget that Hawkeye will introduce Kate Bishop (Hailee Steinfeld) into the MCU, and from what we've seen she's going to be awesome! Executive producer Trinh Tran recently had an interview with The Hollywood Reporter, where he discussed how he wanted to set the series apart from the rest of the MCU series. Turns out, the trick seems to be focusing on Clint Barton's family.

Here's what Tran had to say about the series when asked if he was trying to set Hawkeye apart with a lighter tone.

"Well, as we were brainstorming and talking about the story a couple of years ago, we were trying to figure out how we can set this series apart from Wandavision, The Falcon and the Winter Soldier and Loki. And one way was to set it around the holiday times. Out of all of the characters, it made sense for Clint Barton’s story to be told around this time of year because he’s a family guy. He’s one of the few Avengers with kids, and after the fallout of what happened in Endgame — where he lost his kids for five years, became Ronin and got them back — this is the first Christmas that he’s going to be spending with his family. And the big question of the series is if he’s going to be able to make it home in time in order to do so. So there’s that big weight that he’s trying to figure out as he’s stuck elsewhere. He’s trying to deal with something that has put him on this mission and he has to figure out how to get out of it. And in terms of the lightheartedness, we wanted to show a different side of Clint that we haven’t seen before, in comparison to all of the Avengers movies that he’s in. And I find it so much more interesting that there is a version of Clint that is a little bit more humorous from the Matt Fraction [comic book] run. So we wanted to pull a little bit of that into the series, and we thought that Kate Bishop, out of everybody, was the perfect candidate in order to do so."

So, now we have to ask ourselves whether or not Hawkeye will make it home for Christmas? I hope so. Hopefully, he doesn't pull a Natasha and fall off a cliff. On a completely unrelated note, you should check out the Multiversal News Facebook and Twitter for more content. Not to mention, I'd love to chat with you!

You can catch the first two episodes of Hawkeye on Disney+ starting November 24, 2021.