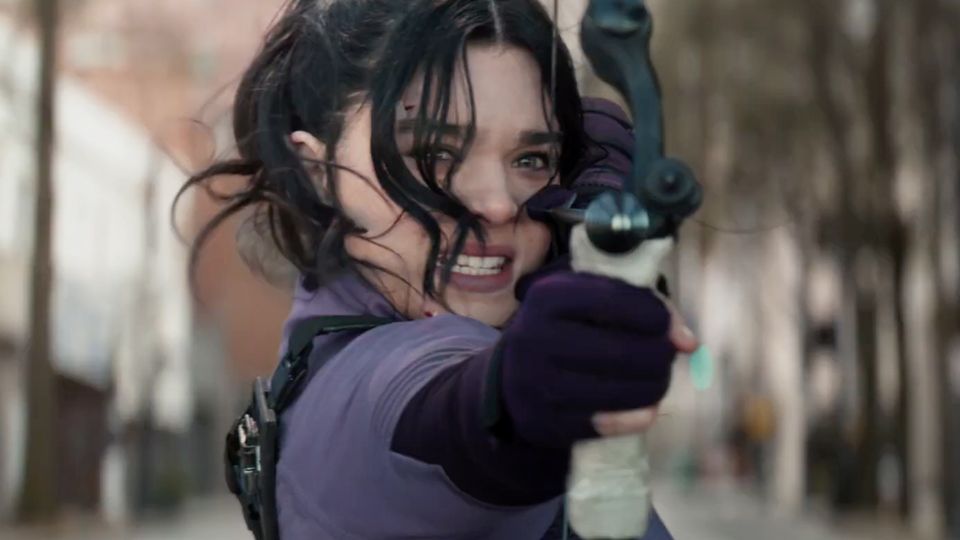 The first two episodes of Hawkeye were really good, and I'm glad the show has finally arrived! Hailee Steinfeld stole the show as quippy Kate Bishop and Jeremy Renner was wonderful, as always, portraying Hawkeye. The show strikes a perfect balance between Hawkeye's dark years as Ronin and the comedic, less serious Kate. Rhys Thomas, director of several episodes, did an amazing job with these first two episodes.  Hell, I wasn't even sure I'd like Hawkeye that much but I ended up staying up way too late in order to watch both episodes. Thomas has been giving interviews, discussing what it was like landing the job with Marvel Studios. It's really interesting stuff, and it sounds like it was a ton of fun. Except for maybe the security measures, which seems to catch a lot of people off guard.

Thomas sat down with The Playlist to discuss all this stuff, where he admitted to being intimidated when meeting with Marvel Studios.

“It’s intimidating and scary. You have a meeting with the head of security where he basically tells you how seriously they take this stuff and ‘Don’t tell anyone; we advise you to keep it under your hat.’ And I completely took it seriously. I didn’t tell my family for a while. Just keep my head down for a while.” he told the outlet before adding “But the way you block out all that stuff is, at the core, you have these two central characters, and you have to figure out a story…And yes, the concept arts and the pre-vis meetings were all new territory for me. And it’s thrilling, that’s the thing! ‘Wait, so we’re designing a superhero costume this morning that’s what we’re talking about…?’ [Laughs].”

Although it sounds like it was adrenaline-inducing and a ton of fun, it wasn't all fun and games. After all, Thomas had to deal with the last ten years of MCU canon and work within the confines of the MCU and what they would allow him to do. For example, he wanted to add Ant-Man but it sounds like Feige just wasn't having it. He talked a little about his experience with trying to solve problems, only to be shot down because of what might be happening in other corners of the MCU.

“I’d be firing off these notes and ideas. Sometimes, I’d wake up in the middle of the night and think, ‘I’ve solved it!’ And you get all excited about pitching it, and then that’s when someone like Kevin [Feige], the overarching brain of it all, will go, ‘Yeah, that’s really good and all but yeah, we’re already doing that in this movie.’” he confessed, adding “They don’t overwhelm you. They don’t go, ‘Okay, here’s a big book and plan, so make sure you don’t touch the sides, don’t do that.’ They really just wait for you to stumble into them, and they kinda push you back in another direction.”

The first two episodes of Hawkeye were awesome, and you can already catch them on Disney+!