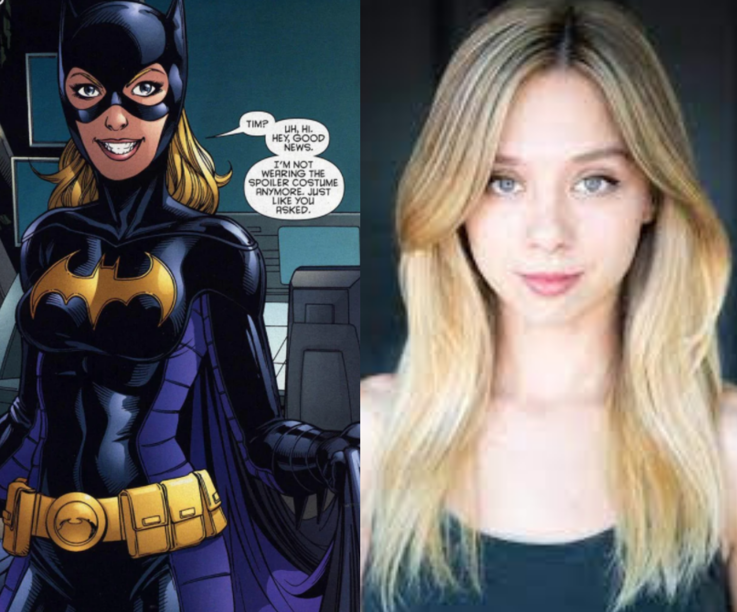 Gotham Knights is finally starting to take shape as The CW's newest DC series. The series will be separate from the Arrowverse, reportedly, and focus on several members of the bat family. We know of at least one cast member joining the still mysterious series. All-American alum Anna Lore has been cast as Stephanie Brown! It's slightly disappointing that Morgan Kohan won't be returning after her time as the character in Batwoman, but it's okay. If the show is truly separate like the rumors say, it might end up being better. This is just one cast member we've learned of recently, and the show will also feature Oscar Morgan, Olivia Rose Keegan, Navia Robinson, Fallon Smythe, Tyler DiChiara and Misha Collins. They will be playing Turner Hayes, Duela Dent,  Carrie Kelley, Harper Row, Cullen Row, and Harvey Dent respectively. This is an exciting cast of characters, especially since many of them are rarely used, or never have been thus far,

Deadline, who broke the announcement, describes the character as With sarcasm matched only by her intellect, Stephanie (Lore) was raised on a steady diet of brain teasers and puzzles. She’s honed her skills to become a formidable coder. But her greatest talent might be hiding a less-than-perfect home life."

The series is officially described thus:

In Gotham Knights, in the wake of Bruce Wayne's murder, his rebellious adopted son forges an unlikely alliance with the children of Batman's enemies when they are all framed for killing the Caped Crusader. And as the city's most wanted criminals, this renegade band of misfits must fight to clear their names. But in a Gotham with no Dark Knight to protect it, the city descends into the most dangerous it's ever been. However, hope comes from the most unexpected places as this team of mismatched fugitives will become its next generation of saviors.

Gotham Knights will be produced by Warner Bros. Television and Berlanti Productions, as is the case with the other DC series on The CW. Chad Fiveash, James Stoteraux, and Natalie Abrams are writing the script while Fiveash and Stoteraux will executive produce with Greg Berlanti, Sarah Schechter, and David Madden of Berlanti Productions. Abrams will serve as a co-executive producer. Fiveash and Stoteraux currently serve as executive producers on Batwoman and have credits on Gotham, Krypton, and The Vampire Diaries. Abrams has written for Batwoman, Supergirl, and All American on The CW.

Gotham Knights will hopefully be ordered to series after the pilot is produced.