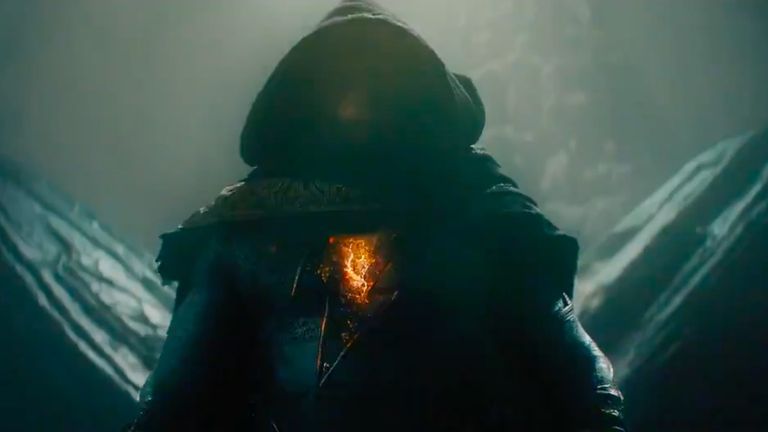 Happy DC FanDome 2021, everyone! Right at the beginning of the show, things are already getting crazy! Dwayne Johnson is sharing a look at Black Adam with a clip, the first one we've seen from the film. And it's freaking awesome guys, seriously. This was an awesome way to kick off DC FanDome 2021, and this first look at Black Adam was incredible! Dwayne Johnson was freaking awesome, too! Luckily, Johnson shared the segment over on his Twitter too, so I'm going to share that with you as well, below!

For the record, some of the other actors from the film, including Pierce Brosnan, spoke about the film. They sure as hell made it sound exciting, too! Enough of that, though. Check out the segment from the DC FanDome below.

He is ruthless.
He is unstoppable.
He is the reason the hierarchy of power in the DC UNIVERSE is about to change.

As you can see Black Adam holds nothing back, and he is ready to kick ass. The clip, if anything, shows us how brutal of a character Black Adam is going to be. According to Johnson, the clip is the first appearance of Black Adam in the film. That is if I heard correctly. When he shows up he wastes no time in murdering some people, too. We still have a while to wait until the full film is released, but seeing this clip makes it seem more real than ever. Black Adam fans finally have something to look forward to.

Hiram  Garcia, the producer on Black Adam, has been hyping up Black Adam for a while too.

"This is a character with amazing abilities. He has super speed, can fly, and has world breaking strength to name a few. We wanted to make sure moviegoers feel that throughout the entire movie. You're not going to see him use super speed just once and then it stops, this is part of his arsenal. It's common to see abilities fall to the wayside when dealing with characters like that but one of our many goals was to keep continuity there and push the bar in terms of how we do it. For example, the technology we're using to make Black Adam fly has never been done before. It's completely unique. It was critical for us to ensure that it felt special, authentic, and real. [Director] Jaume [Collet-Serra] took that to heart. Our special effects' team are Oscar winners, and we certainly put them to work. We're just so excited for you and the fans to see the film, because this cast and crew worked exceptionally hard to just make this film feel fresh, and really introduce a new group of incredible characters to the world. All while making sure we unleash Black Adam on the DC Universe in a big way. This guy is an absolute force of nature. A force of nature that dishes out justice the way he wants. Unfortunately, not many people walk away from the kind of justice he delivers. We mean it when we say the hierarchy of power in the DC Universe is going to change. When Black Adam arrives, everything's going to change." he said in an interview with Collider previously.

Head on over to the Multiversal News social media, linked below, to come chat with me about everything going on at the DC FanDome 2021! You can also find my personal Twitter at @LittleHandAlex