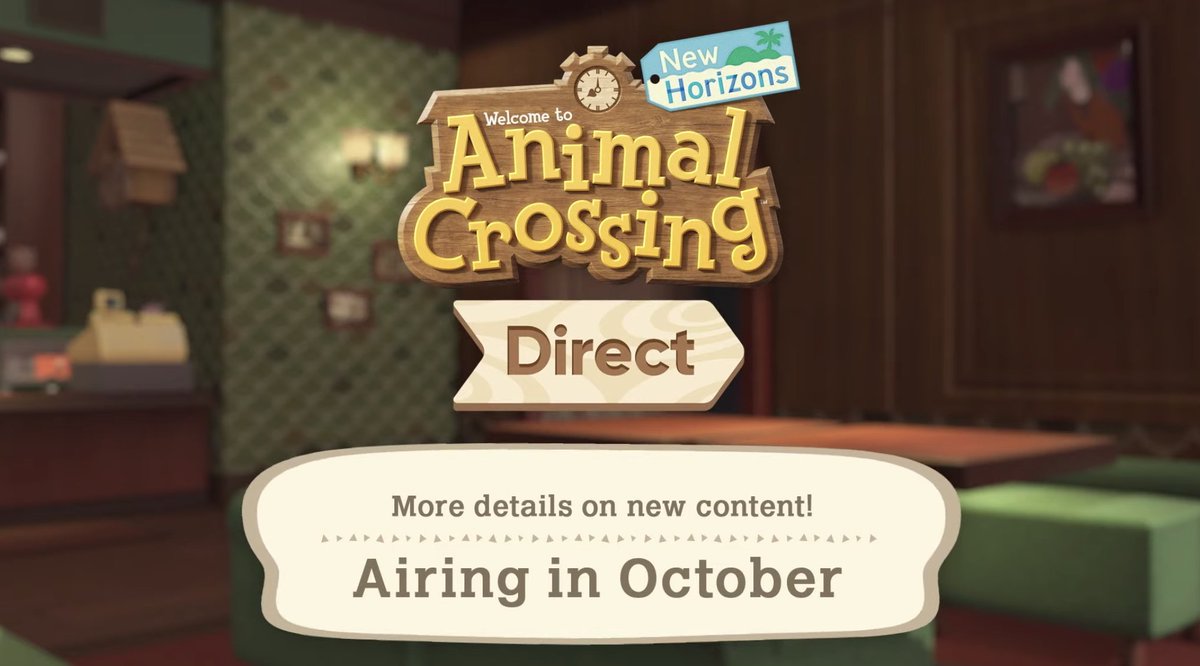 Animal Crossing New Horizons Gets its Own Direct in October! New Content Coming in November
September 23, 2021
by
Alexander Ouellet

The September 23 Nintendo Direct had a ton of awesome new game announcements, like the new Kirby game. It also had some updates on games we've been waiting a long time for like Bayonetta 3. Then, even after all that hype, Nintendo took some time to announce some news for some of its already existing games. Animal Crossing has been going through something of a content/update drought. That looks like it might all be a thing of the past. Nintendo took the time to confirm that Brewster and The Roost, a coffee shop, are coming to Animal Crossing: New Horizons. That was just a teaser though, as Nintendo also told us about an Animal Crossing themed Direct coming in October. This will be followed by an update for the game in November!

Get ready Animal Crossing fans, you'll finally have a reason to return to your tropical island! I say that fully knowing some people have been playing every day since the game came out. After all, it was just the kind of therapy some people needed once everything shut down because of the Covid-19 pandemic. Enough of that though, check out the trailer below!

So, why are people so excited about this Owl? Well, it turns out that Brewster is kind of a fan-favorite character from the series. Brewster was first introduced in Animal Crossing: Wild World where he owned a cafe in the museum's basement. This is important because it looks like that's where his new shop is going to be when he joins Animal Crossing: New Horizons!

Animal Crossing isn't something everyone enjoys. Personally, I never saw the appeal and ended up getting bored very quickly. Does that mean it's a bad game? Nope! Just that I personally didn't enjoy it very much. And I'm happy for the people looking forward to Brewster joining the game. I hope it's a good time for everyone involved! And trust me guys, I'm in the minority. Animal Crossing: New Horizons was incredibly financially successful. It sold more than all the other Animal Crossing games, so... yeah.

Anyway, I guess we'll talk more about Animal Crossing when the direct hits in October! I'll see y'all then!