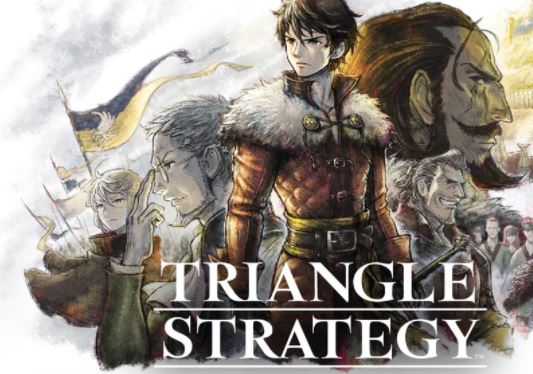 Square-Enix has a really awesome new strategy game coming out next year, that people are really excited about! Square Enix has put out a ton of awesome strategy games, including Final Fantasy Tactics. This new one, previously called Project Triangle Strategy. I actually previously covered the announcement on FanFest News, which I still write for occasionally. Back then, little was known about it. Square put out a Demo though and asked for feedback, and this newest trailer says they took that feedback into account. The game is now officially called Triangle Strategy and will be releasing in March 2022. They've been fine-tuning the game all year, and apparently, they've made "adjustments to difficulty, improvements to on-screen visuals like the UI, camera controls, the ability to review prior dialogue, and streamlined game flow and loading times.".

I'm going to put this newest trailer right below this paragraph so you can watch it yourself. The game has a similar art style to Octopath Traveler and is rocking that HD-2D look. Dragon Quest III has a remake coming in the same style next year as well. The game is still promising that your actions will have consequences based on the choices you make while playing.

I have to admit, I've watched the trailer a few times now, and I'm super excited. It's no secret that I'm a huge fan of Square Enix and the games they put out. If they publish it, I usually buy it whether the game is well received or not. In fact, I have an unopened copy of Balan Wonderworld sitting on my shelf behind me, constantly taunting me. Still, it doesn't bother me too much since Square is behind some of my favorite games of all time, including Final Fantasy XIV. The question I have is whether or not Triangle Strategy can live up to the standards Square Enix is known for, when they're firing on all cylinders.

Based on the trailer, my answer is a resounding yes. Everyone else might be looking forward to God of War: Ragnarok and Spider-Man 2, and that's totally fine. Both of those games look phenomenal too! Meanwhile, though... I'll be looking forward to March, so I can pick up a copy of Triangle Strategy and see what it's all about!

You can expect Triangle Strategy to arrive on the Nintendo Switch on March 4, 2022!