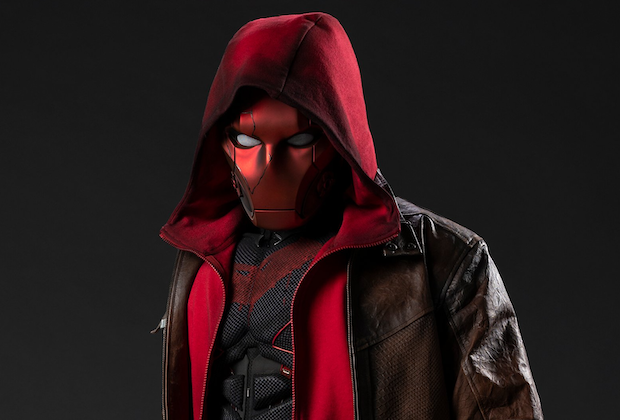 Titans season 3 has been going on for a while now. Long enough that the season is about to end, sadly. Well, we don't have to be too sad, though! It was revealed during the DC FanDome 2021 that Titans would be returning for a fourth season on HBO Max! That's just good news for everybody! It means we'll see more Nightwing, Starfire and all the other characters we've come to know and love. And boy, oh boy, Titans sure has come a long way since that first "Fu** Batman" trailer all those years ago. Titans season 3 introduced Red Hood, and Curran Walters has been knocking it out of the park as the new villain. Now, Curran Walters has given Titans fans a Behind-the-scenes look at one of Red Hood's stunts from this season of Titans! He posted the video to his Instagram, and it's pretty dope, not gonna lie. I'll obviously put the video below, so you can see the Red Hood stunt for yourself.

Curran Walters was actually talking last year about how excited he was to take on the role of Red Hood. He even studied for the role by checking out some awesome Red Hood content. All of this information comes from a conversation he had with ComicBook.com before Titans season 3 ever aired.

"I wasn't that too crazy into comics. I knew, of course, of Batman and Robin and all the other crazy famous characters. But as soon as I booked the role, I went out to the local comic book stores, and I got everything I could find on Jason's story, obviously to get kind of a feel for where the future of the character goes, if it goes that way. I watched the movie. I read all the comic books, and I got a feel for the character and where I needed to take it when I got on screen." he told ComicBook.com at the time, going on to add "You know, on the day, you have all this pressure of booking a comic book role, especially since the character's been around for so long. You feel a sort of pressure on you, but I just did my best, and I think I nailed the role, and all the fans are pretty happy with it. And one thing about the character too is like, I felt like in a way I did have to act, but I didn't. It's all how I am in person. I'm very energetic. I'm very just all over the place. So, half of it was like, 'Hey, that's just me' and half of it was, 'Oh, I got to act,' so. It was definitely awesome."

Titans will be ending its season on HBO Max very shortly, but will return next year for Titans season 4!