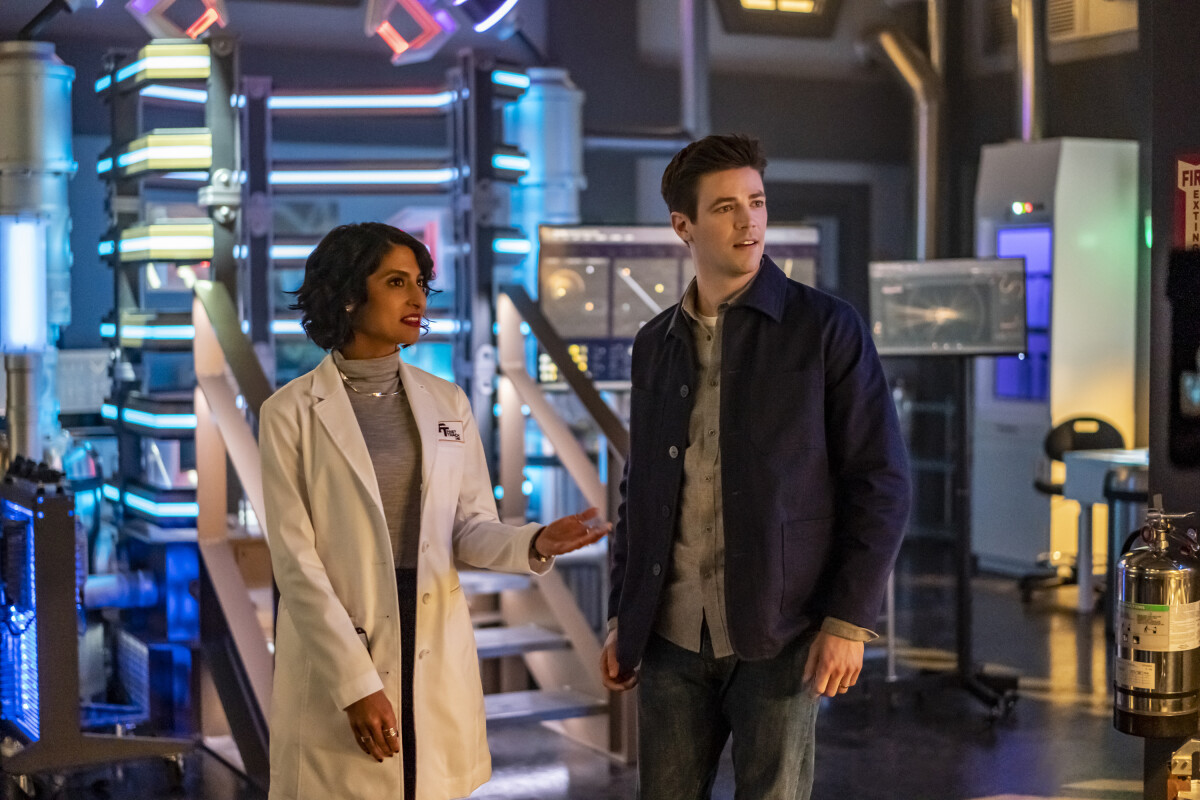 The Flash has been going on for a long time, but one constant is that whenever the Reverse-Flash shows up... the team is in trouble. We've seen the Reverse-Flash take on multiple forms. Most notably the form of Harrison Wells (Tom Cavanagh) and the version of him that sports his own face as Eobard Thawne (Matt Letscher). Well, Matt Letscher is back as Eobard Thawne in the upcoming The Flash episode "The Man In The Yellow Tie". So what's going on? The last time we saw him was in the finale of DC's Legends Of Tomorrow season 2. Perhaps things aren't as they seem. Eobard Thawne is currently imprisoned thanks to Barry (Grant Gustin) following Armageddon. Well, to prepare us for the insanity The CW has released The Flash 8x18 episodes, which might contain some clues as to what's happening with Eobard! I'll also include the preview for the episode.

Before we check out those photos though, here's The Flash 8x18 synopsis.

"WHEN NOTHING IS WHAT IT SEEMS – With a new speedster in town, The Flash (Grant Gustin) gets much more than he bargained for, meanwhile Cecile's (Danielle Nicolet) powers experience a growth spurt allowing her to aid Team Flash on an entirely different level.  The series also stars Jesse L. Martin, Candice Patton, Danielle Panabaker, Kayla Compton and Brandon McKnight. Marcus Stokes directed the episode written by Sam Chalsen."

Here are The Flash 8x18 photos!