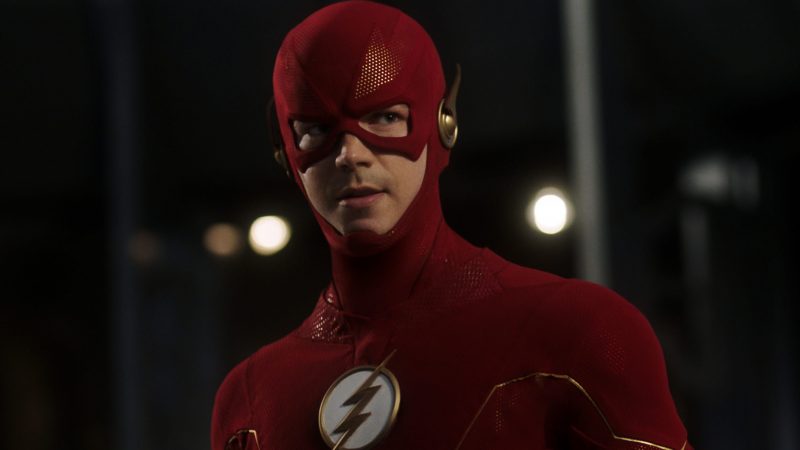 The Flash is approaching its return, though it is still a week out. It's a shame for people looking forward to a brand new episode of The Flash, but thankfully the wait isn't long at least! The CW is getting us hyped as usual, though, as they release pictures for an upcoming episode. These pictures even feature Barry and Iris' kids! Looks like they'll be returning sooner rather than later! These pictures are from The Flash 8x06 and the episode is titled "Impulsive Excessive Disorder". Get it? A combination of their superhero names? Yeah, I'm probably the only one that found it funny. Still, it's nice The CW is getting us ready and I'm excited to see where we're running off to! Especially now that Armageddon is over and dealt with.

You probably want to see the pictures now, huh? Well, let's check out the synopsis again first! Just in case you forgot about it or want to see it again!

"THE FLASH ZOOMS TO WEDNESDAY NIGHTS – Picking up where season 7 left off, after returning home from a visit for their parent's vow renewal, Bart (guest star Jordan Fisher) and Nora (guest star Jessica Parker Kennedy) quickly realize that things are not exactly as they left them. The duo race to repair any fissures in the timeline and restore everything back to the way it is supposed to be. The series stars Grant Gustin, Jesse L. Martin, Candice Patton, Danielle Panabaker, Danielle Nicolet, Kayla Compton and Brandon McKnight. David McWhirter directed the episode written by Thomas Pound."

Here are the photos from The Flash 8x06!

The Flash is back next Wednesday! And you didn't misread that! The Flash is moving on over to Wednesday nights!