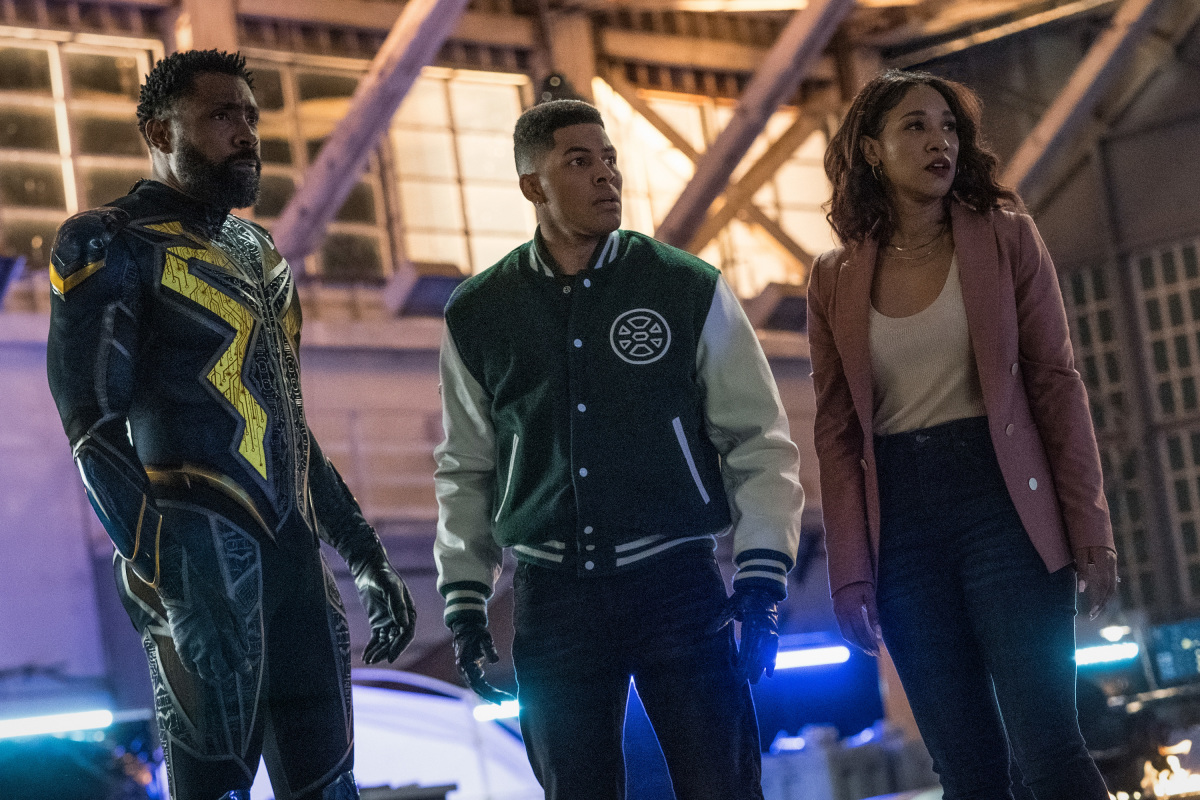 The Flash's return has been met pretty well, especially since we're in the middle of "Armageddon". The second episode of the huge The Flash event was even more exciting than the first. It featured the return of Black Lightning (Cress Williams) and Barry Allen (Grant Gustin) isn't feeling so sure about himself anymore. Is it possible that The Flash really could be the reason the world enters armageddon? We'll probably know within the next few weeks. Black Lightning's return wasn't the only big event that happened, as a major The Flash character apparently died off-screen, and Barry doesn't even remember it! What's going on with The Flash? We'll know more when "Armageddon, Part 3" drops next week! For now, The Flash 8x03 preview has been released by The CW for "Armageddon, part 3".

Here's the preview for The Flash fans who haven't seen it yet! I will also include the synopsis below that!

Alright, so it's going to be one hell of an episode from the looks of it! Black Lightning shows up again, Batwoman (Javicia Leslie) is joining the DC event fun and we're finally getting a return from Ryan Choi (Osric Chau)! This will be Leslie's first Arrowverse event, and though Chau has only appeared once it was during Crisis on Infinite Earths so he actually had his debut during the Arrowvers'e biggest and most ambitious crossover to date! This third episode of Armageddon will see Iris start questioning Despero's version of events, and Barry is still seeking help from his fellow heroes. It's not easy being the fastest man alive.

We know that Armageddon is going to be one of the most emotional series of The Flash episodes to date. We know this because Eric Wallace has previously said as much in a statement when discussing Armageddon. The showrunner held nothing back.

"Simply put, these are going to be some of the most emotional Flash episodes ever. Plus, there are some truly epic moments and huge surprises that await our fans. And we're doing them on a scale that's bigger and bolder than our traditional Flash episodes. So yes, 'Armageddon' is a lot more than just another graphic novel storyline. It's going to be a true event for Flash and Arrowverse fans, old and new. Honestly, I can't wait for audiences to see what we've got planned."

Let us know what you thought of The Flash 8x03 preview over on our social media, linked at the bottom of the page!

The first two episodes of "Armageddon" are available on The CW's website and their app for free! "Armageddon, Part 3" will air on Tuesday, November 30 on The CW!