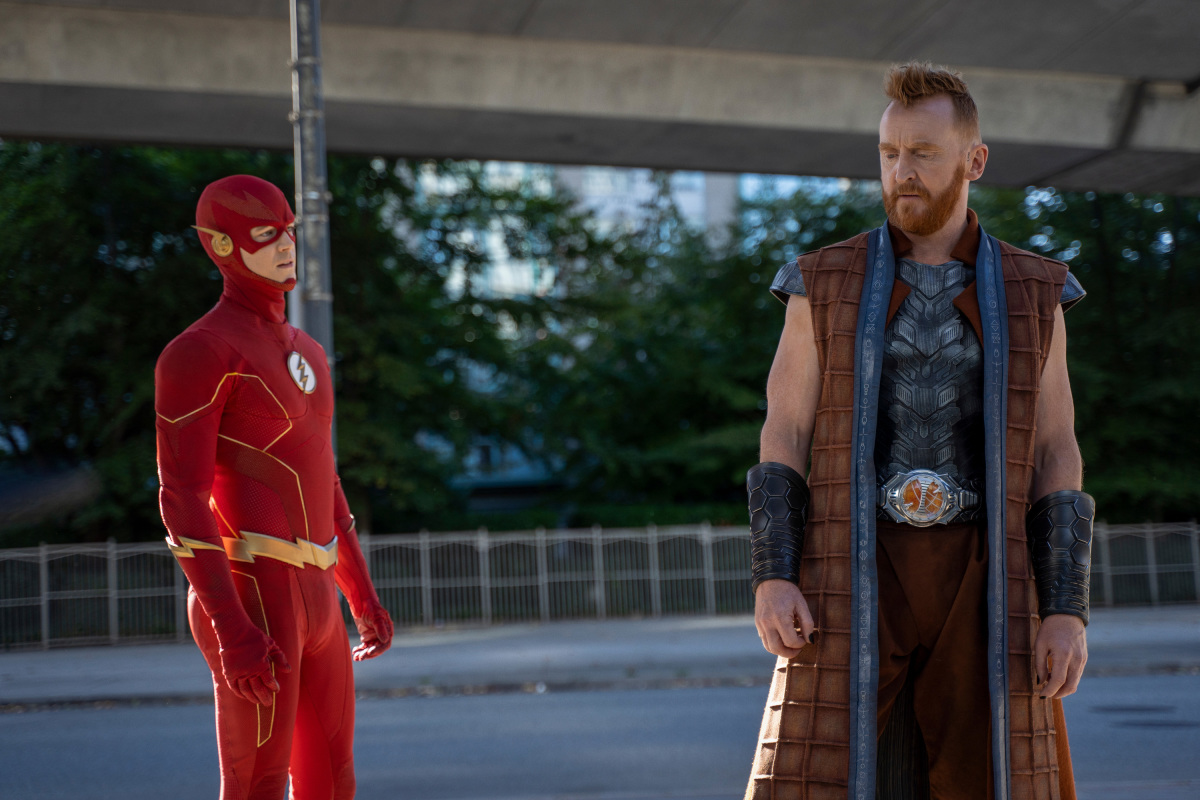 The Flash is back, baby, and with a pretty awesome episode to boot. The previous season was a disappointment in my opinion, though it ended pretty great if you ask me. I wasn't exactly a fan of what they did with Godspeed, but really enjoyed all the speedsters! It's hard to judge how the rest of the season will be based on one episode, especially this one. Since this is a special event, I doubt the rest of the season can be judged by this episode, but it still has me excited. We got to see the return of an old character that debuted on Arrow, got introduced to Despero and the whole setup was actually interesting too! Keep in mind this is all my opinion though, of course. Now, to no one's surprise, The Flash 8x02 trailer has been released. This is for the episode "Armageddon, Part 2".

Here's the preview so you can watch it for yourself and be ready for next week's episode.

Though he doesn't appear in the preview, we know that this episode will feature Black Lightning (Cress Williams). He's coming back to the Arrowverse even though his show has ended already, which is really exciting for the people who've been missing Black Lightning. The preview also hints at the future Despero comes from, as it hints that Barry may not be sane for much longer. This wouldn't be the first time that Barry has lost his mind, as he did a few seasons ago. He ended up scribbling all over the walls and everything. Is Barry really going to cause the end of the world? I doubt it, but I am interested to see how this whole thing shakes out. Reverse-Flash could very much be involved since he always seems to be wanting to ruin Barry's life.

The showrunner of The Flash, Eric Wallace, has promised that these episodes will be some of the best, most emotional The Flash episodes we've ever seen.

"Simply put, these are going to be some of the most emotional Flash episodes ever. Plus, there are some truly epic moments and huge surprises that await our fans. And we're doing them on a scale that's bigger and bolder than our traditional Flash episodes. So yes, 'Armageddon' is a lot more than just another graphic novel storyline. It's going to be a true event for Flash and Arrowverse fans, old and new. Honestly, I can't wait for audiences to see what we've got planned." he said previously in a statement.

For those who want just a little more information, here's the synopsis for "Armageddon, Part 2".

THE FLASH SEEKS HELP FROM BLACK LIGHTNING - Despero (guest star Tony Curran) warns The Flash (Grant Gustin) that great tragedies will befall the speedster and cause him to lose his mind. Once that happens, Armageddon will begin. Determined to prove Despero wrong, Barry doubles down on proving his innocence but a devastating revelation from Iris (Candice Patton) pushes him to the edge and sends him to seek counsel from Black Lightning (guest star Cress Williams). Menhaj Huda directed the episode written by Jonathan Butler & Gabriel Garza.