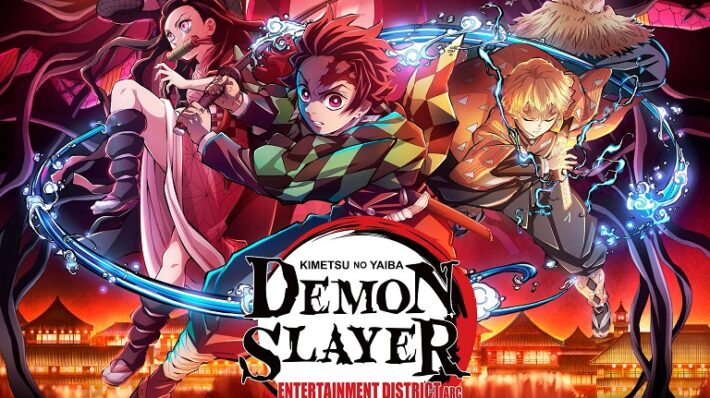 We finally have a release date for Demon Slayer season 2, but it's almost impossible to be excited. There was a trailer with some awesome information and news, but there's one glaring issue with the whole thing. When Demon Slayer season 2 launches in October, we're not really getting any new content. Instead, the first seven episodes (six, technically, but we'll get to that) will be retelling the Mugen Train arc. And I'm sorry, but that really sucks in my opinion. Let's review what's going on here, just so we're all on the same page.

Demon Slayer Mugen Train: Why A Movie & Did It Work?

Demon Slayer came out of nowhere and quickly became immensely popular. I think it's safe to say Demon Slayer is one of the most popular anime in the world right now. The first season was spectacular, and I really mean spectacular all around. The plot is awesome and heartfelt, the characters are awesome (mostly) and don't even get me started on the animation. The stuff that Ufotable did with the animation turned Demon Slayer into an absolute masterpiece. Just off the top of my head, I can't think of many scenes that rival the final fight in the first season. You know the one, where Tanjiro uses fire breathing and Nezuko uses her blood demon art. Or fighting the drum demon. The way the camera spun around the room, I mean... c'mon. It's no wonder Demon Slayer was being talked about by everyone. All good things come to an end though.

The first season of Demon Slayer came to an end on September 28, 2019, after an incredible twenty-six episodes. But behind the scenes, they had already decided to make a movie. It was decided that to cover the Mugen Train arc, they would do so with a movie. The decision makes sense when you look at exactly what the arc consists of. It's not a very long arc, and including it in the anime might affect the rest of the season. If the inclusion of Mugen Train would mean ending in the middle of an arc for the end of season two, well... a movie makes sense for everyone. Based on the research I've done, that's exactly what was decided. The staff learned about the movie about halfway through season one, and when season one was ended it was most of that same staff that would be moved over to work on Mugen Train.

The idea, based on what I've read, is that you could watch the movie and head right into season 2. The whole purpose of the movie was to tie the first two seasons together while making Mugen Train a film because of how short it was. The arc works well for a movie, we've seen that now that it has been released. It made for an exciting, fast-paced movie.

Alright, so, all of this sounds awesome, right? Demon Slayer was an awesome anime, the movie was coming to bridge the two seasons and season 2 was guaranteed. What could possibly go wrong? Well, it turns out, a lot.

Demon Slayer: Mugen Train was released on October 16, 2020. The film broke records and made a ton of money. The problem is that the film was only released in Japan. Now that's fine, it's normal even. Anime films almost always release in Japan first. After all, they're Japanese products made in Japan and originally dubbed in Japan. The reason I call it an issue is because other countries didn't see the film until almost six months later. At least, that's how it was for North America. This is mostly due to the pandemic, and when the film did finally release it did incredibly well.

The reviews were really good, and many considered Mugen Train to be one of the best anime films of all time. Having finally seen it myself, I'm inclined to agree. I'm not saying anything negative about the movie, I love it as much as everyone else does. So why am I so upset? I loved the movie, I love Demon Slayer, so what's the freaking problem? Well, here's the part that sucks.

If you lived in Japan and had access to everything as it came out, the wait probably wasn't so bad. Demon Slayer season one ended in September 2019, and Mugen Train came out in October of 2020. That's a little over a year, which isn't too bad of a wait time. Not ideal, of course, because ideally Demon Slayer would never end but what can ya do? If you were in North America, though? Well, you probably watched season one through one of the streaming services or by sailing the high seas. Season one ended at the same time for you, but you didn't get to see Mugen Train until April of 2021. That's an extra six months, meaning we were inching towards the two-year mark before we got to see Mugen Train.

Now, yes, the film was leaked. There were a few versions of the film circulating that were taken while in a Japanese movie theatre and then subtitles were thrown on top. The film also leaked on PSN a little early somehow, by someone the Demon Slayer community dubbed a hero. For the purpose of this article though, we're going to ignore both of those. I only want to use legitimate releases of the film.

I get it, there's nothing we can do about it. The film was released internationally when they were good and ready. So again, you're probably wondering where the drama comes in. What's the part of season 2 that sucks really bad?

Demon Slayer Mugen Train - All Aboard A Second Time

I want to know how Ufotable came to this decision because I don't understand. I have to assume that it has something to do with the pandemic because otherwise, I feel like I've been duped. I know it was never outright stated that Ufotable would not adapt Mugen Train in the anime, but I'm left baffled at what the point of the movie was. Other than money, of course. Instead of throwing a huge wrench into the season two release of Demon Slayer, they could have simply... not made the Mugen Train movie.

I know, that's nearly impossible, but hear me out for a second, please. Instead of adapting an arc from the anime, which you were then going to... adapt again... why not just do an entirely separate story. They could have done what every other anime film does and just done an original story. It wouldn't have even needed to be canon. Instead, now fans who have been waiting for Demon Slayer for several years need to suffer for seven weeks while waiting for new content.

Now, this is apparently not going to be just... Mugen Train. For example, the first episode is going to have original content. The day leading up to Rengoku taking the train. I think I read that we can expect some backstory on Rengoku, but my issue with that is it's reportedly going to be filler. So not only have we been forced to wait so long for the second season, not only have we spent our money to see a movie that was meant to tie seasons one and two but now we also need to open up the season to filler.

Yeah, forgive me if I'm not exactly hyped by all this.

There was some good news though. The Mugen Train retread is going to be only seven episodes long, and after that, it's smooth sailing from there. We've also got new music coming to the series from Lisa, the same person who did the first season's opening theme.

Look, I'm sure the second season will be amazing. I'm sure I'll love it. I also realize how this whole piece can come across as nothing but whining, but I felt like I needed to vent. I'm not super angry or anything, just disappointed. Demon Slayer is something I've been looking forward to for a long time now, and it sucks I have to sit through stuff I've already seen to get to the meat of the season. I also think it kind of sucks that these seven episodes are taking the spot of what could have been other episodes, of events we haven't seen yet.

If you're looking forward to Demon Slayer season two, including the Mugen Train arc you can start watching it on October 10th. If you want to jump in with the new arc, titled the "Entertainment District" arc you'll have to wait until December. As for me? I'll still watch it, because I love Demon Slayer. I just wish Ufotable had chosen to do things differently.

I'll see you all this October when we board the Mugen Train again!