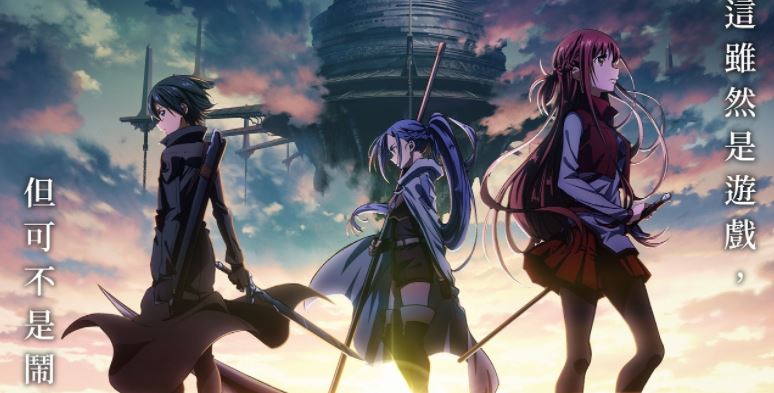 Sword Art Online Progressive: Aria of a Starry Night has a new trailer, and man, I'm freaking hyped! This isn't exactly a secret, but Sword Art Online is one of my favorite anime. And that's despite the reputation it gets amongst anime fans. Yes, I've heard all the excuses you can think of, including how bad the Fairy Dance arc is. And for the record, I didn't mind the Fairy Dance arc despite the fact it was slightly... problematic. I'm easy to please though, and I'd never discount other people's opinions. If you didn't like it as much as I did, that's fine! Even with all the hate, nothing will stop me from being hyped for this new Sword Art Online movie!

Here's the trailer, which actually takes a look back on the series as a whole! From the very beginning, when a filthy beater took everyone's hate onto himself, all the way through meeting an AI who is more human than some people I know. It's all here, along with a tiny bit of new stuff in regards to Aria of a Starry Night. Check it out for yourself!

I don't know if we'll ever see all one hundred floors done, but I hope so. It really helps expand on Kirito and Asuna's relationship. In fact, Asuna is highlighted in Progressive just as much as Kirito is. All of this backstory makes their whole relationship way more believable and sweet. I've read all the manga released for progressive, and it really does help Sword Art Online a ton.

I always thought Progressive would get its own anime, but I guess they're going the movie route instead. I don't know how much content they can cover in one movie, but I don't care. I'm ready to see Kirito and Asuna again, especially if we're getting a tighter focus on Asuna. The movie will be out soon, too! Well, if you live in Japan. Sword Art Online Progressive: Aria of a Starry Night will be released in Japan on October 30, 2021. No word on a North American release date yet, but trust me, it's coming.