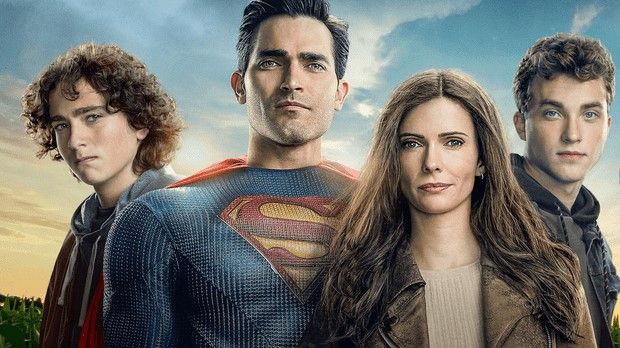 The CW has released the Superman And Lois 2x09 preview, which is hardly surprising. We get these previews every week and every week they leave me hyped for the next episode of Superman And Lois. The next episode is going to have a lot going on, from Clark being nowhere to be found to the election to Jonathan's relationship to Sarah. We saw in Tuesday's episode he was feeling uneasy about Sarah having the girl from camp back, could that lead to even bigger problems? More importantly, can we please see Clark visit this alternate world? That sounds pretty damn amazing to me! Regardless, I'll be looking forward to it. The Superman And Lois 2x09 preview is for the episode titled "30 Days And 30 Nights" and will air on March 29th. That's a week away, for those who aren't good at math. Like myself, I had to count on my fingers... and I only got five of those.

Anyway, here's the preview since I'm sure you guys are sick of reading my ramblings!

For those paying attention, Superman And Lois was actually renewed for season three today as well! That means we can expect at least one more season featuring our favorite Man of Steel. A statement was put out by Mark Pedowitz regarding the renewal of the show (and others). Here's what he had to say!

"As we prepare for the 2022-23 season, these scripted series, along with the alternative series we renewed earlier, will serve as the start of a solid foundation utilizing some of our most-watched series for us to build on for next year and beyond. These dramas are also important to our overall digital strategy, as they are some of our most-streamed and socially-engaged programming, and we look forward to adding more new and returning series to help strengthen and expand our multiplatform footprint."

Finally, I'll leave y'all with the synopsis for the episode next week, in case you haven't seen it yet!