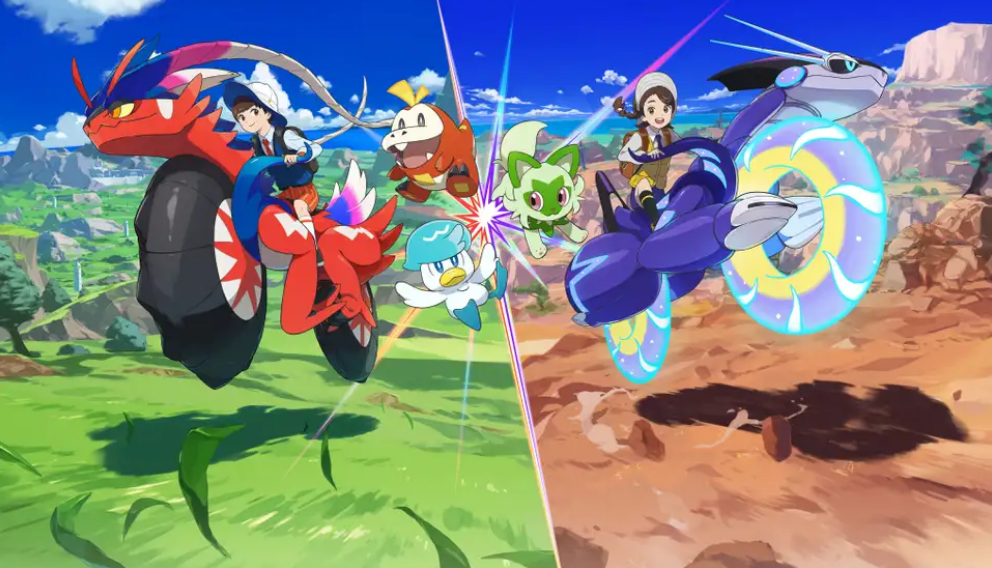 There was a Pokémon Presents on Wednesday morning which had some updates for a ton of Pokémon content! Most notable was a brand new trailer for Pokémon Scarlet and Pokémon Violet. This was the biggest trailer to date and featured some rather... interesting information. What people are freaking out about today is that the two new legendaries are actually motorcycles. Yu-Gi-Oh 5D's anyone?

All joking aside, you can see for yourself in the trailer below.

So, Pokémon Violet and Scarlet are the next big entries in the never ending Pokémon Franchise. An entirely new generation of Pokémon and a new region will come along with the game. They look a lot like Sword and Shield but with updated graphics, which is probably a good thing. No trees distracting people this time. As far as I can see there hasn't been an announcement on returning Pokémon, so we don't know if this is a Dexit situation.

What I can say is that  I'm... cautiously optimistic for Pokémon Scarlet and Pokémon Violet. The new region is called Paldea and will feature regional variants just like Galar. For example, a Paldean Wooper was revealed following the trailer along with other gameplay information. The motorcycle riding seems to be the most important one. It's looking like it will be an important traversal mechanic, something necessary to get around Paldea. The legendaries are called Koraidon and Miraidon and you may have access to them earlier than any other Pokémon game. Oh, they can also fly and surf so you don't need to enslave a Bidoof (though that's been true for several games, now).

Pokémon Scarlet and Pokémon Violet are only a few months out, so we can expect the news to start coming in hot and heavy. Expect some more Paldean regional Pokémon reveals amongst the rest of the information that will be releasing. I'm not how exactly how excited I am for Pokémon Scarlet and Pokémon Violet... but I know, at the very least, I'll play them.

Pokémon Scarlet and Pokémon Violet are releasing on November 18, 2022.