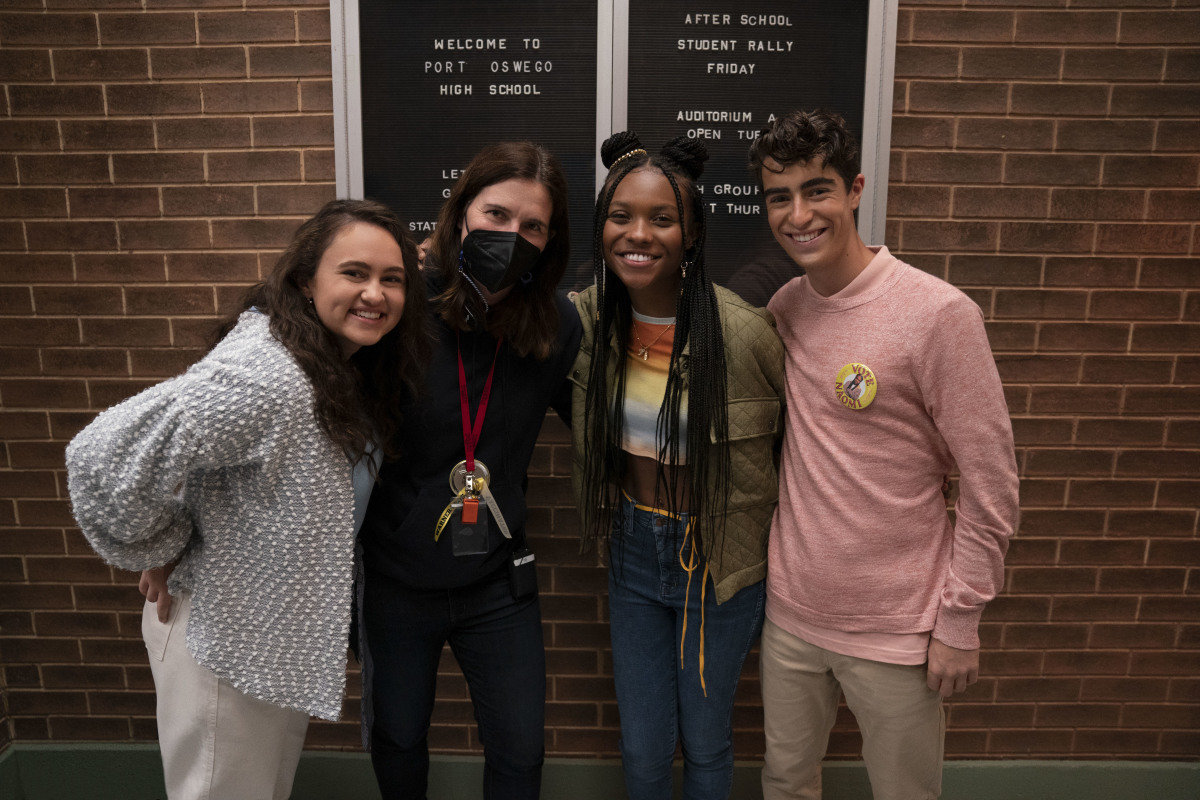 Naomi, the newest DC series to join the Arrowverse on The CW, had a new synopsis released on Wednesday. The Naomi 1x06 synopsis is for the episode titled "Homecoming". Don't read into it too much, Naomi (Kaci Walfall) will just be dealing with a dance at her school. It won't be easy to enjoy the dance while she's being hunted though, so we'll have to wait until March 1st, when this episode airs, to see how it all plays out. Naomi is one of those strange shows I haven't heard very much about and haven't had time to watch. I hope it's doing well though! The few people I've talked to have been enjoying it. It's still too early to decide whether Naomi is a keeper or not, but here's hoping. At the very least, I'd love to see her join the larger Arrowverse eventually! For now, let's check out that synopsis!

Here is the Naomi 1x06 synopsis for "Homecoming".

"RESPECT FOR TRADITION – It's Homecoming in Port Oswego and Naomi (Kaci Walfall) and her fellow students are buzzing with excitement in anticipation of the town's longstanding event, but the tension between Nathan (Daniel Puig) and Anthony (Will Meyers) escalates when Anthony feels his hometown tradition is being disrespected by a military kid. Meanwhile, Naomi discovers a potential new source of information, but they may know more than she bargained for. A revelation from his encounter with the bounty hunter sends Dee (Alexander Wraith) looking for answers about someone from his past, while Zumbado (Cranston Johnson) has a run in with Greg (Barry Watson) and Jennifer (Mouzam Makkar). Also starring Mary-Charles Jones. Kent Faulcon directed the episode written by Stacy A. Littlejohn."

I'm looking forward to Naomi, even though I haven't seen it yet. Being a huge DC fan means I usually know everything about the source material. Naomi, however, is something I've never touched. Not out of lack of interest, just out of lack of time! When I finally get to watch it I'll have no idea what's going on, or what might be coming, which is always nice. In fact, I think I'm going to go put it on right now...

What about you guys? Are you enjoying Naomi? Let me know on the Multiversal News Facebook and Twitter, which are both linked at the bottom of this page!

Naomi airs on Tuesdays on The CW. "Homecoming" will air on March 1st.