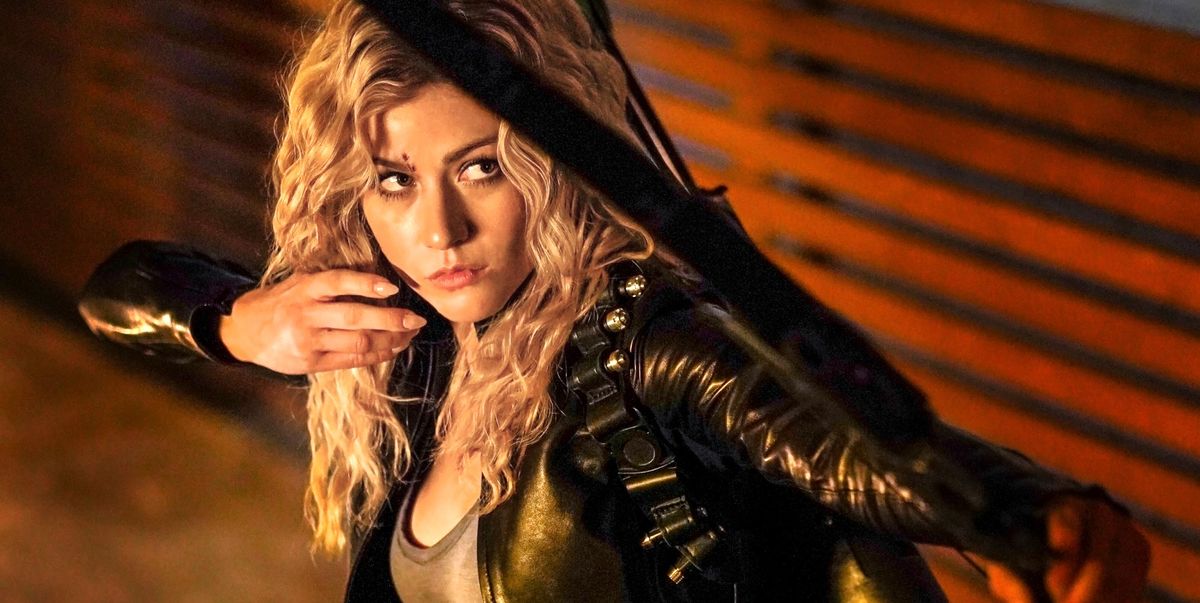 Kat McNamara on Returning As Mia Queen For "Armageddon" on The Flash
November 21, 2021
by
Alexander Ouellet

The Flash has returned and brought with it "Armageddon". The huge The Flash event is already underway and will be airing its second episode this Tuesday, along with bringing Black Lightning (Cress Williams) back! He's not the only character returning during The Flash's Armageddon event. We'll be seeing Kat McNamara return as Mia Queen, daughter of Oliver Queen (Stephen Amell) and the new Green Arrow! She was actually originally supposed to get her own spin-off, but it was unfortunately canceled before even the first season was made. This means we haven't seen Mia since Arrow ended, which is far too long if you ask me. Kat McNamara sat down with Collider recently to discuss her upcoming return as Mia Queen and how excited she is!

"It makes me so excited. It's definitely very true to who Mia is, and to her drive and her motivation of really trying to pick up where her father left off. She had such a limited amount of time with him. Mia and Oliver were finally getting to a place where they understood each other. They were overcoming their hangups and issues with each other. And then, of course, he died, and she was left scrambling and going, 'Wait, I'm not ready to take this on. I'm just learning how to be a hero. I'm just learning how to do all of this.' Mia is someone who is so desperately trying to live up to the legacy of her father and to live up to all of these promises that she made without really knowing how to do it. Given that she is a bit of a lone wolf, it can be a bit of a struggle sometimes. Barry Allen is really good at finding people when they're a little lost and steering them in the right direction." is what she told the outlet.

She also went on to reveal that she had spent a large portion of "Armageddon" in a cocktail dress, which certainly doesn't sound like a superhero suit. What could Mia possibly be doing? Infiltration? Or is she just no longer an archer, and works in a club instead? We'll find out soon when she returns to the Arrowverse. And you know what you should do? Head over to the Multiversal News Facebook and Twitter to let me know what you think about Kat McNamara returning to the Arrowverse! I'd love to chat with ya in the comments.