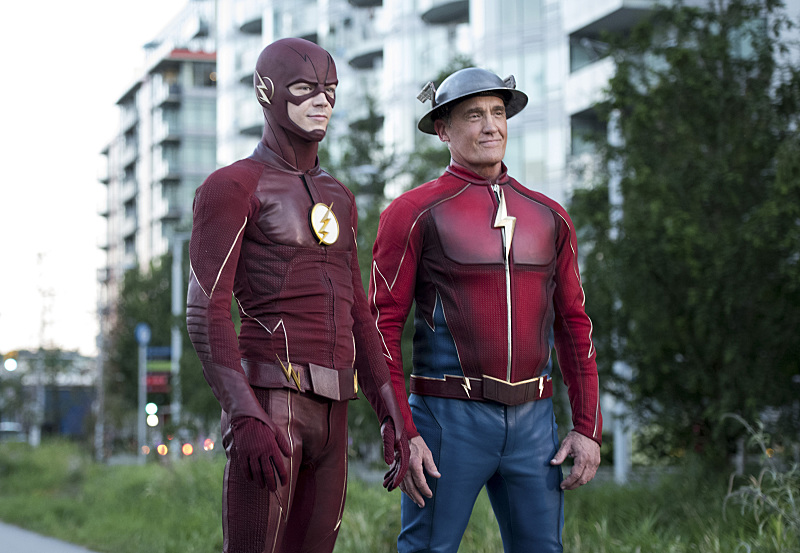 Jay Garrick is returning to The Flash for season 8! That's right, John Wesley Shipp confirmed that his character would be returning for The Flash season 8 in an interview with CBR. This is great news for fans of this version of the Scarlet Speedster, and boy is he experienced with The Flash at this point. It's no secret that Shipp was The Flash in the original live-action series way back in the day. Then he originally played Barry Allen's (Grant Gustin) dad in The Flash tv series set in the Arrowverse. He just had an appearance on DC's Stargirl as The Flash from the JSA and now he's heading back to The Flash season 8! Man, it's a good time to be a DC fan, if you ask me. Especially with the DC FanDome so close.

Here's what Shipp had to say about his The Flash return.

"I would... and they've set it up. I can tell you that I will be going back in about a week and a half to shoot more Flash. I'm not sure exactly what time it will be, but Eric Wallace and I have discussed having the opportunity to explore Jay Garrick as a mentor that we missed with Wally. There was an opportunity with Wally, but we missed it. I would love now to be able to fulfill that playing Jay, that relationship that they set up and that Jordan Fisher set up and the writers set up so beautifully in those last two [Flash] episodes."

It doesn't really get much better than that! I'll be looking forward to seeing Jay Garrick's return to The Flash when it starts up. Let's not forget we're opening season 8 of The Flash with Armageddon, which is definitely exciting! Find Multiversal News on Facebook and Twitter, and let me know what you think of John Wesley Shipp's return to The Flash!

The Flash is back only on The CW on November 18.