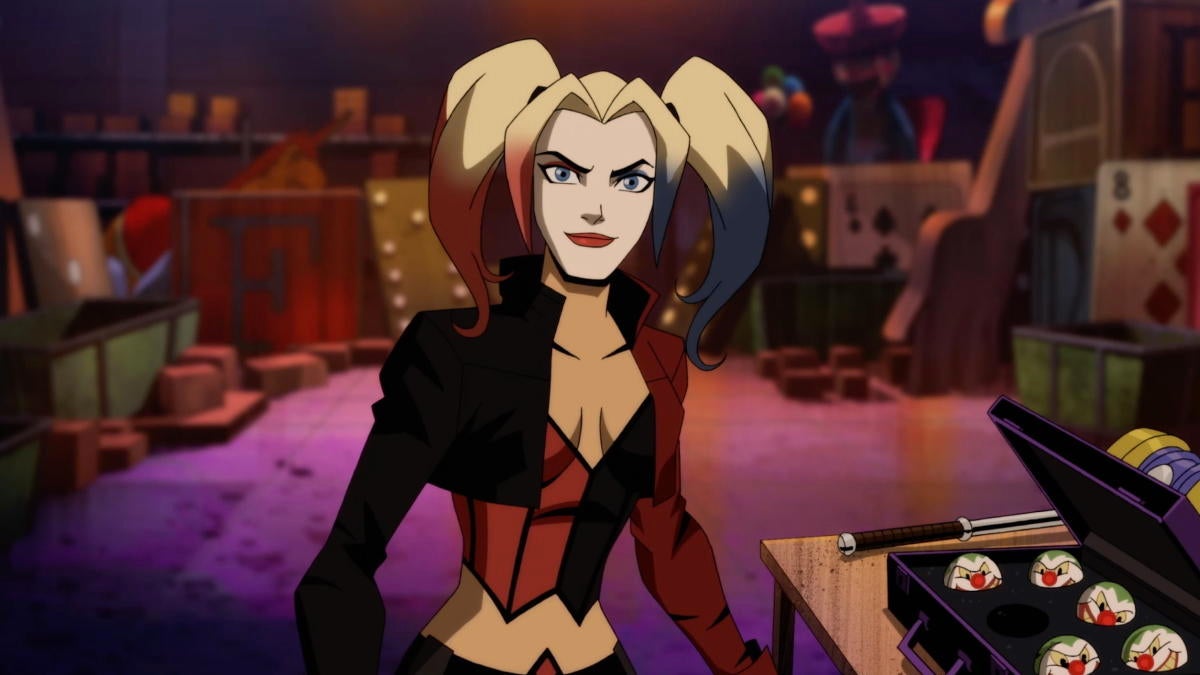 The Injustice movie has new photos released, giving us an even better look at the film! These photos are actually pretty awesome and were frankly a highlight of my day. I love the art style they're going for with this Injustice film. It looks a lot like the art from the games and comics from the game, but somehow it still looks... unique. Hopefully, that makes sense, because I can't think of the proper words to describe how I feel about it. Needless to say, though, I love it. These images highlight Harley, Green Arrow, and then various members of the Justice League. And yes, I'll have them down below.

Warner describes the film as  "the animated film Injustice finds an alternate world gone mad - where The Joker has duped Superman into killing Lois Lane, sending the Man of Steel on a deadly rampage. Unhinged, Superman decides to take control of the Earth for humanity's own good. Determined to stop him, Batman creates a team of like-minded, freedom-fighting heroes. But when Super Heroes go to war, can the world survive?"  which sounds similar to the game. That makes sense, considering the fact that the film is based on the game. Not just the game, but also the first year of the prequel comics: Injustice: Gods Among Us Year One.

The film will release pretty soon here on October 19. You'll be able to get it on a 4K UHD Bluray combo pack, just regular Bluray and even digitally. It has some awesome voice actors, like Justin Hartley. If that name sounds familiar to DC fans, that's because it should. He was Oliver Queen on Smallville, before Arrow or the Arrowverse ever even existed. Don't get too attached to any of the awesome cast though, which you should definitely check out on the film's IMDB page, because they could die at any time. I mean that quite literally since Superman is kind of a psycho in Injustice.

Before I show you these pictures though, I'd love to hear what you think of the upcoming Injustice movie! Are you excited, mad, or just plain don't care? Come let me know on our brand new Twitter or Facebook, which I'll link down below. I'll even link my personal Twitter if you want to chat there!