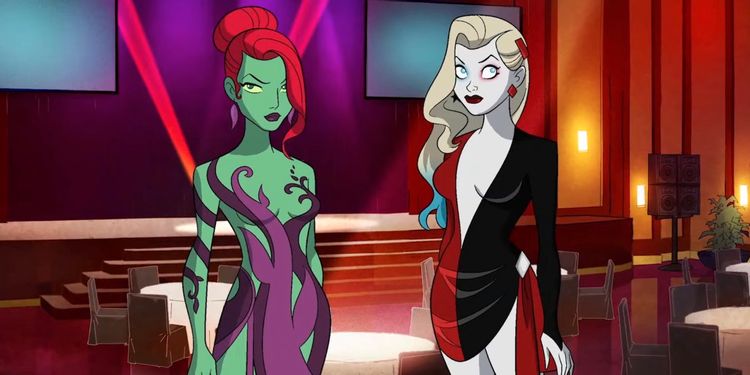 DC FanDome was one hell of an event, especially if you're a DC fan! It definitely made my day, seeing all the awesome DC content I have to look forward to! Everything from a new Batman trailer, to an emotional Supergirl farewell and even a Gotham Knights and Suicide Squad: Kill The Justice League trailer! Harley Quinn attending was just another highlight in an already awesome event! We didn't get a full trailer, so to speak, but we got something at least! Harley spoke to us directly, lamenting how long it's taken to get season 3 out. The series will be returning to HBO Max for another, obviously, raunchy and exciting season! And this time, Harley and Ivy are together. Like, together together! I'll share a tweet that includes the Harley Quinn season 3 teaser since it was posted on the official Harley Quinn Twitter as well!

Justin Halpern has previously teased exactly what season 3 has in store for Harley and Ivy. He says we don't have to worry about breaking them up. Now that they're together, they're staying together. Whether or not this is forever remains to be seen, but here's hoping! They're one of DC's cutest, and most homicidal couples. Even the live-action Harley Quinn, Margot Robbie, is trying to get a Poison Ivy romance going at some point in the live-action Harley Quinn world. Will DC go for it? Man, I hope so.

"When we were talking about where a third season could go, the first thing we both said is, 'We don't want to do a third season where it feels like the stakes are [whether] Harley and Ivy stay together. It's much more interesting to do a show about how you navigate these very different personalities being in a relationship. And what are the fun things that can come out of that? What are the outside influences that can make that relationship tough but without the stakes being, 'Are they going to break up? Are they not?' So yeah, if there's a third season, which I hope there will be, the stakes will not be, 'Are Harley and Ivy going to stay together?' They're a couple." Halpern said upon the show's renewal while speaking with Syfy.

Harley Quinn will be back on HBO Max sometime in 2022.

In the meanwhile why don't you check out the Multiversal News social media listed at the very bottom of this page? You can come to chat with me about everything DC-related, or anything else you want!