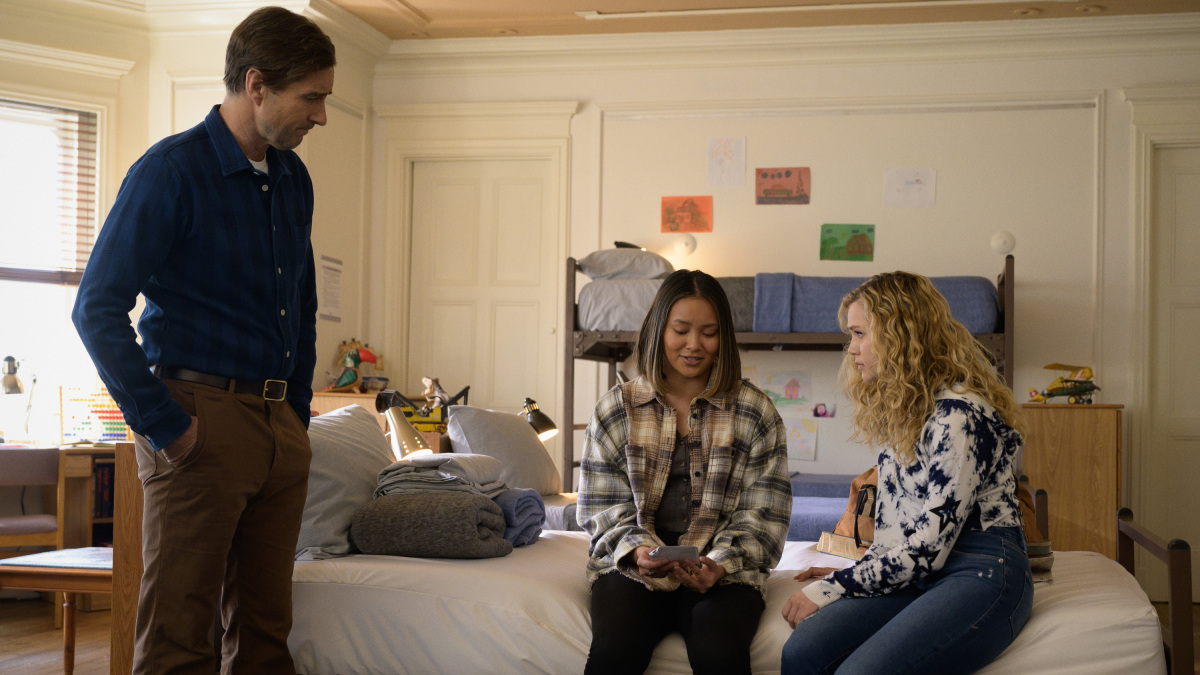 The CW has released the DC's Stargirl 2x10 preview for next week's episode. The episode will follow the same naming convention as the rest of the season, so you probably already guessed the title. If you guessed "Summer School: Chapter Ten" you would be absolutely correct. Guess the time they're saving coming up with episode titles has been put into making DC's Stargirl season 2 as epic as can be. It's working if you ask me, with this season being one of my favorite DC series currently airing. Then again, I love all DC content so this isn't exactly a surprise. Still, things are getting worse for the JSA, even though we now know how to stop Eclipso. It's not done yet, though, as they're going to need Green Lantern's daughter, Jennie (Ysa Penarejo). The synopsis hinted at this when it was released a little while ago.

Here's the preview, though!

CHOSEN FAMILY - Courtney (Brec Bassinger) is left devastated after discovering a dark secret that Pat (Luke Wilson) has kept hidden from her. However, when they learn that Jennie (guest star Ysa Penarejo) may be able to help in their plan to stop Eclipso (Nick Tarabay), they're forced to put their issues aside as they set out on a road trip to find her. Meanwhile, Beth (Anjelika Washington) makes a shocking discovery about The Shade (guest star Jonathan Cake). Amy Smart, Trae Romano and Cameron Gellman also star. Sheelin Choksey directed the episode written by Taylor Steitz.

Penarejo has previously discussed Jennie and what's driving her in an interview with ComicBook.com. I'll put her quote below, but recommend checking out ComicBook.com. They make some awesome content.

"What prompts her is definitely finding her brother. That's always been her priority, and even though this was a stop and she learned so much about herself and she's gained these powers, I think now she's, again, more motivated. And she, I think she has an idea that she needs to find her brother soon because she doesn't know where he is or what may have happened to him. But you never know, she might come back. But that's for the audience to see in the season itself." is what she told ComicBook.com.

What did you think of the DC's Stargirl 2x10 preview? Come find Multiversal News on social media and let me know!

DC's Stargirl airs on Tuesdays on The CW. "Summer School: Chapter Ten" will air on October 12.